Pace Yourself Run Company & The Running PTs are proud to announce the launch of a collaborative effort: Triangle Run Smart Training! Our goal is to help ALL levels, paces, and ages learn and grow in the sport of running for all distances. We’re bringing these 2 companies together to provide Triangle NC area runners with top notch coaching, awesome group training all year round, and run education throughout the training season in the form of seminars and knowledge sharing. 2021 training will include adult classes for full and half marathon, 5K/10K, & speed training; and kids classes for speed, 5K, fun run (younger kids) and sports performance. Feel free to send us any questions or suggestions! Training Coordinator Kelly Svihovec is helping to lead this program and can answer any training questions at: pyrc.coachkelly@gmail.com

The following training classes are now open for registration!

An 8 week long class, meeting once per week, and is geared toward helping kids aged 7-12 years old build up their run endurance to run a 5K at the end of the season, while having fun & being healthy!  All levels and paces are welcome!

An 8 week long class, meeting once per week, and is geared toward helping kids aged 7-12 years old build up their run endurance to run a 5K at the end of the season, while having fun & being healthy!  All levels and paces are welcome!

An 8 week long class, meeting once per week, and is geared toward introducing kids aged 5-10 years old to the joy of running in a fun way with lots of game-based play.

A 10 week long class, meeting twice per week, and is geared toward helping adults train for 5K, 10K, and 15K distance races and improving their overall fitness and speed. We’ll run our own end of season “race” as a class, (you can register for the virtual Run the Quay race separately if you’d like & then do the race with the class on 6/5). ALL levels & paces are welcome! 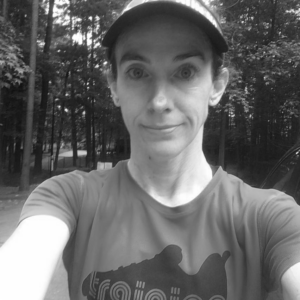 Kelly is the Training Coordinator and a Run Coach for Triangle Run Smart Training (collaboration of Pace Yourself Run Company & The Running PTs).  She was formerly a Run Coach and Training Coordinator at Life Time in Cary, NC for 3 1/2 years, and is a stay at home mom to 3 young kids.  She’s a lifelong soccer player, turned into distance runner in 2005.  She’s run too many half marathons to count, 2 full marathons, a 20-mile trail race, relay races, and many shorter distance races (road and trail).  She has a passion for shorter distance speed work, though continues to try to master the longer distances, and absolutely loves coordinating anything running-related.  She loves coaching and helping others reach and exceed their goals.  Kelly is heavily involved in the local running community and is in her 3rd year on the Holly Springs Half Marathon Board.  Kelly is a certified RRCA Level I run coach and working towards her Level II certification.  She is also CPR/First Aid certified. 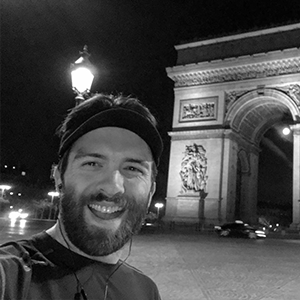 Chris, a certified RRCA run coach, is an avid runner who began distance running on a dare from a good friend to do a marathon. After struggling through City of Oaks Marathon (redoing that one is still on the list!) he gained an understanding of adequate training and developed a love for distance running. A few marathons and ultra races later and he developed a passion for helping others along their fitness journey. Chris can frequently be found out for a run solo, with a friend or two or twenty, or at an F3 workout doing some cross training.

PS – Run sight seeing is the best! Never underestimate how much of a new city you can see if you get out and hit the streets! Strava heat maps are your friend 🙂 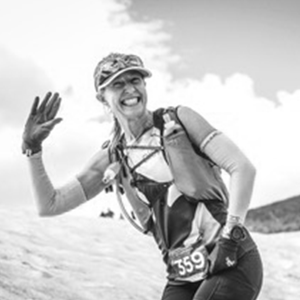 June is an RRCA certified coach, and she and her family have called Apex home for 20 years.  She is an enthusiastic adventure runner having completed the TransRockies Run three-day stage race in 2019 and participated on 10 200-mile relay teams. She has been logistics coordinator for the Malak Series, which many local runners know for the Tuna Run relay.  Her favorite distance is the marathon with 19 marathon finishes including eight consecutive Boston Marathons. Along the way she has run many half marathons including four Tobacco Road Half Marathons. Her outlook on running and training is to embrace and enjoy the process, and she looks forward to working with TRS trainees and most particularly those new to running or returning to running. 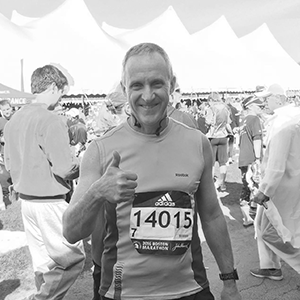 Dave, a certified RRCA run coach, joined the coaching staff at PYRC after leading the Holly Springs Half and Full Marathon offsite training for Life Time Run. When not running the streets of Holly Springs in the early morning hours, Dave lives in Cary and works in Raleigh as a project manager for a healthcare IT company Allscripts.   Some of his favorite running experiences have included his family who have gradually taken  up running over the years.  Whether running in Richmond or Orlando with his wife Marguerite or at a local turkey trot with his son Adam or crossing the Peak to Creek finish line with his daughter Anna on her first marathon or weekend runs in Umstead with friends, Dave knows that it is the running journey that matters most and will serve us well maintaining a higher quality of life for longer. 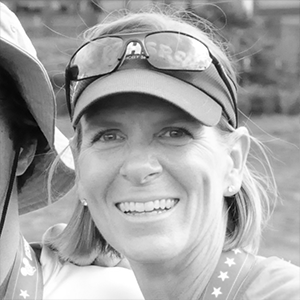 Kimberly coaches the Advanced Youth Running Program with PYRC Training.  She has coached Cross Country at Holly Springs High School since 2012 and was named the SWAC XC Coach of the Year in 2017. After starting as an Assistant Coach in 2014, Kimberly became the Head Women’s Track & Field Coach at HSHS in 2017.  In 2012 she created the Holly Springs Cross Country Club for kids aged 9-14 through the Town of Holly Springs Parks and Recreation Department and counts this as one of her greatest running-related accomplishments. She retired from full marathons in 2015, but will still race the very occasional half marathon/10-miler/8K. These days she mainly runs for fun with friends and much prefers training kids and teens. She is fairly famous for screaming, jumping up and down, and crying as she hands out medals to competitors as they cross the finish line of local races. 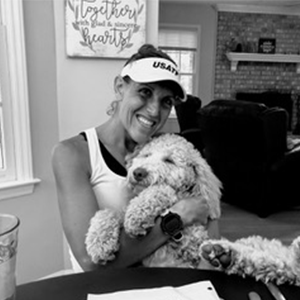 Coach Holly, a USATF and RRCA certified Running Coach, wants to share her joy of running with everyone she meets.  Since 2012 Holly has been coaching athletes of all levels and ages, from Boston qualifying adults to 6-year-old children. Holly started the Apex Youth Run club with her colleague in 2015, volunteered as the lead coach for the Olive Chapel run club and leads a Facebook community of adult runners aptly named the “Happy Runners”.  Holly is also a middle school Healthful Living/PE teacher at West Lake Middle School.

Coach Holly is married and has 2 daughters. With the support of her family, she has raced numerous marathons including the Boston Marathon (2013 and 2019).   Holly has also raced several ½ marathons and in 2019 she joined an ultra-team to run the Tuna 200-mile relay.  Although a road marathon is her favorite race, recently Holly has found success with local single-track trail races.

As a coach, Holly strives to plan every run so athletes finish feeling strong, successful and happy.  She knows from personal experience that being physically fit produces a positive outlook that will manifest itself into all areas of life. 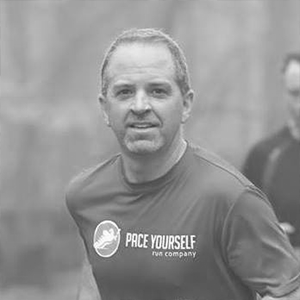 After being an on and off casual runner since high school and college, I decided to “get serious” after turning 40. It was really just about being more consistent and intentional about running. A challenge from my younger sister got me training, and I ran my first marathon on my 43rd birthday, and I haven’t looked back. Running is now a part of my life. As I have gotten involved running with groups, I’ve enjoyed learning from more experienced runners, and also helping motivate and advise newer runners. Last year I decided to get formal coaching training, and completed the Road Runners Club of America (RRCA) Coaching Certification Program. I’m looking forward to helping people start running, keep running, and chase their goals! 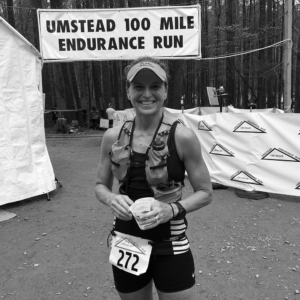 Patti Tiernan is a certified Personal Trainer, Run Coach and owner of PT’s Training LLC.  She was a Run Coach at Lifetime Fitness teaching adult and kids classes. She has been running and competing in events for the last 22 years from 5ks to Ultramarathons and Sprint Triathlons to  Full Iron Distance…BUT her  passion is running (usually long…) and helping others to experience the pure bliss in it as well! 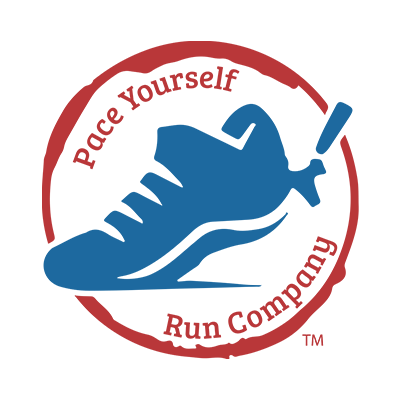 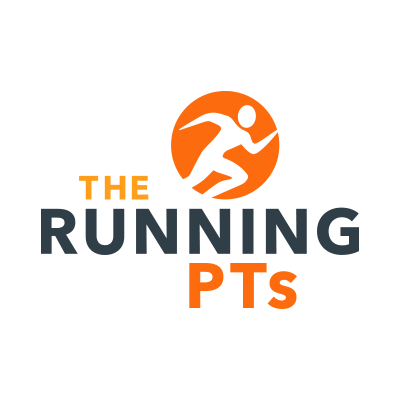 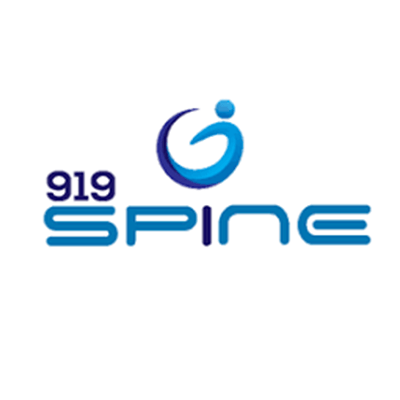 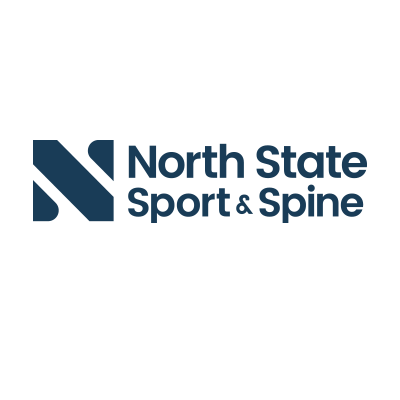 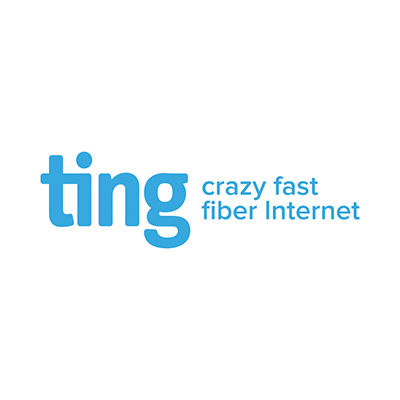 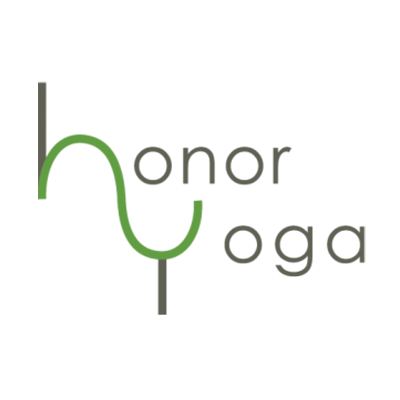 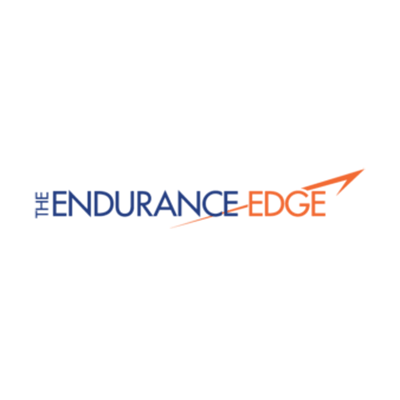